Air resistance is a force that slows down an object as it moves through the air and can be seen as a force that works in the opposite direction to the forces that cause an object to move. So, for example, in the picture of a parachutist the force of gravity is pulling the person towards the Earth whilst the parachute is resisiting this downwards movement, slowing down movement.

Take a look at the video below to see what happens to falling objects when air restistance is removed. Most people think that heavier object fall faster than lighter object, for example a heavy ball and a feather. Without air resistance both fall at the same speed. 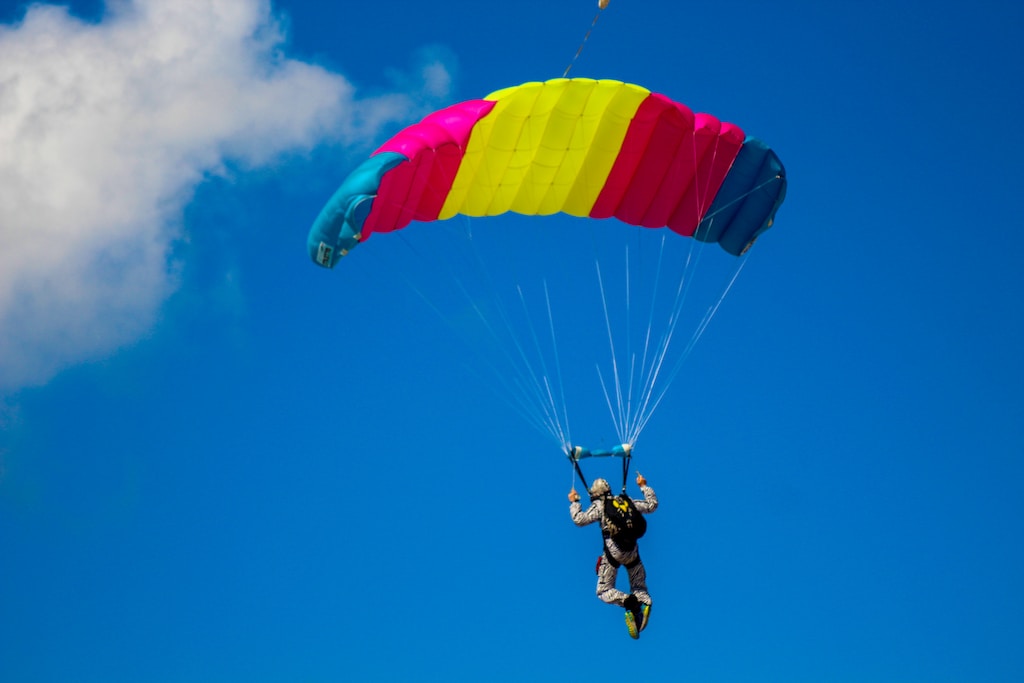 Here’s the same experiment carried out by astronaut Dave Scott during the Apollo 15 mission in 1971. The theory that this demonstrates was first developed by Galileo.